Housed in the Richardson-Mees Performing Arts Center, the Conant Gallery is host to three exhibits during each academic year. Those artists whose work is shown in the gallery typically serve for a day as an artist-in-residence, meeting with students and teaching classes following the opening of their exhibit.

Recent exhibits have included photography, paper sculptures, paintings and charcoal sketches of Abraham Lincoln and the conspirators, and faculty work. A result of the renovations of the Ferguson Building, completed in 2007, the new and more spacious Conant Gallery opened with an exhibit of 17th- and 18th-century oil paintings.

Located in the adjacent Williams Arts Center in the Gray Building, the Williams Gallery is the site used to exhibit student work at the end of each trimester. Each exhibit opening includes refreshments, performances by student musicians, and is followed by the first dance performances. Students studying theatre independently may also perform in the nearby Recital Hall, which seats approximately 100. 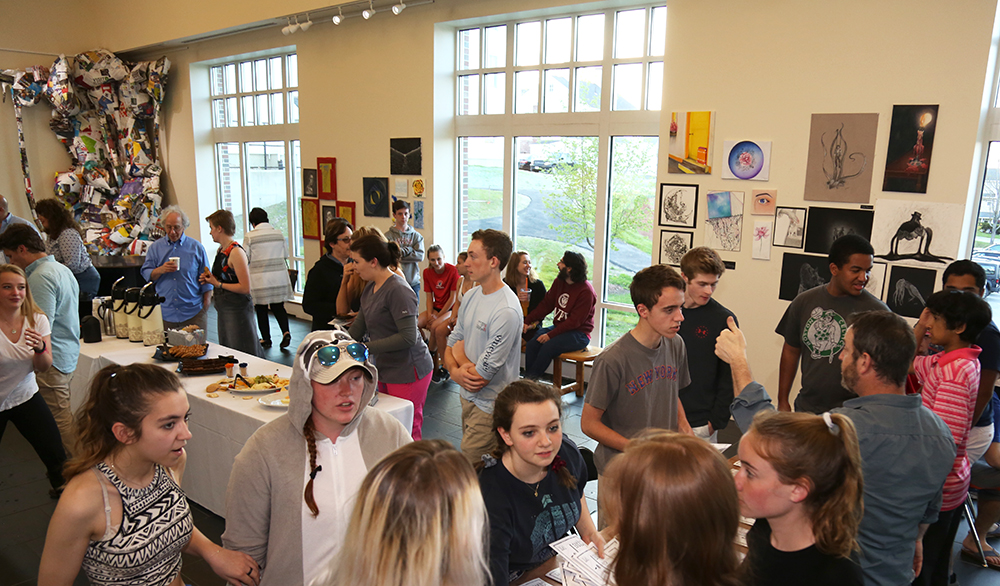 Previous exhibitions in the Conant and Williams Galleries include... 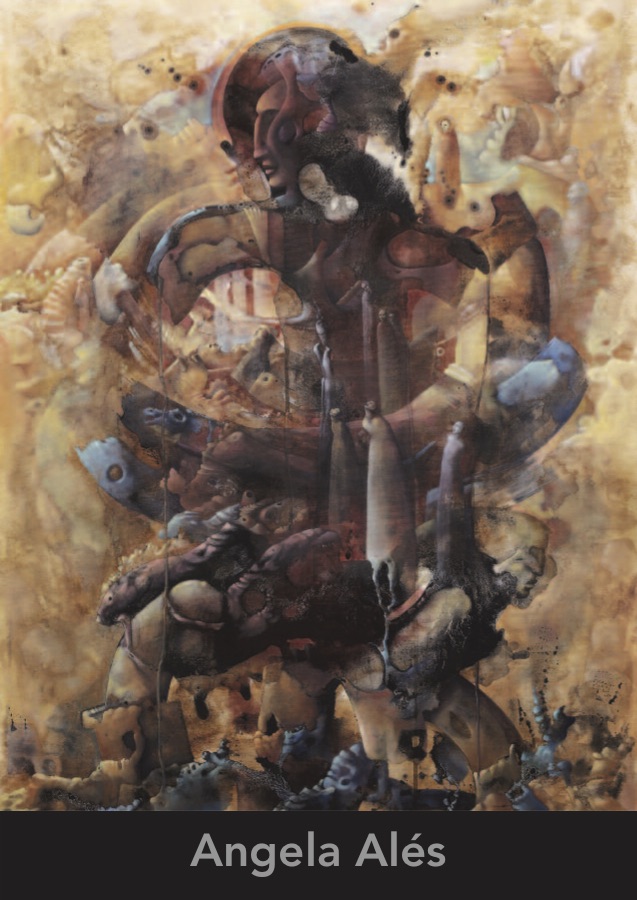 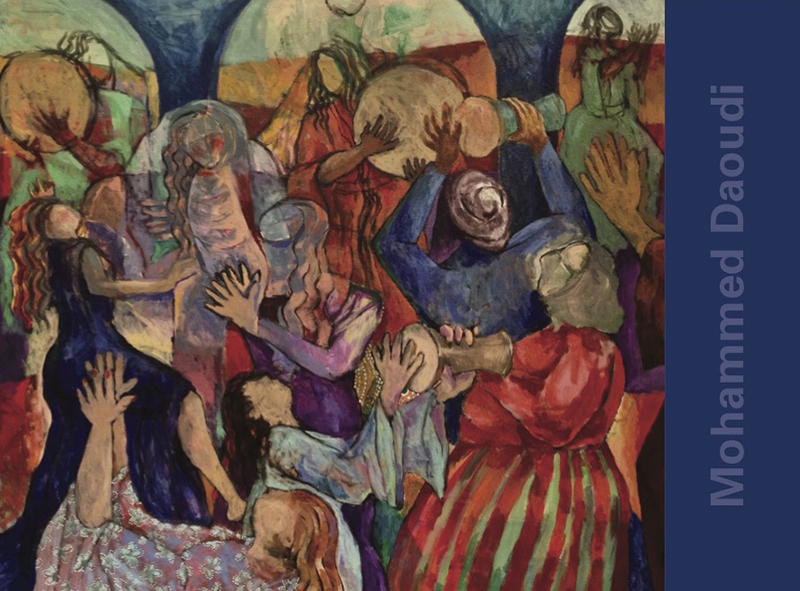 Finding My Way Around Home, Art in Times of Xenophobia 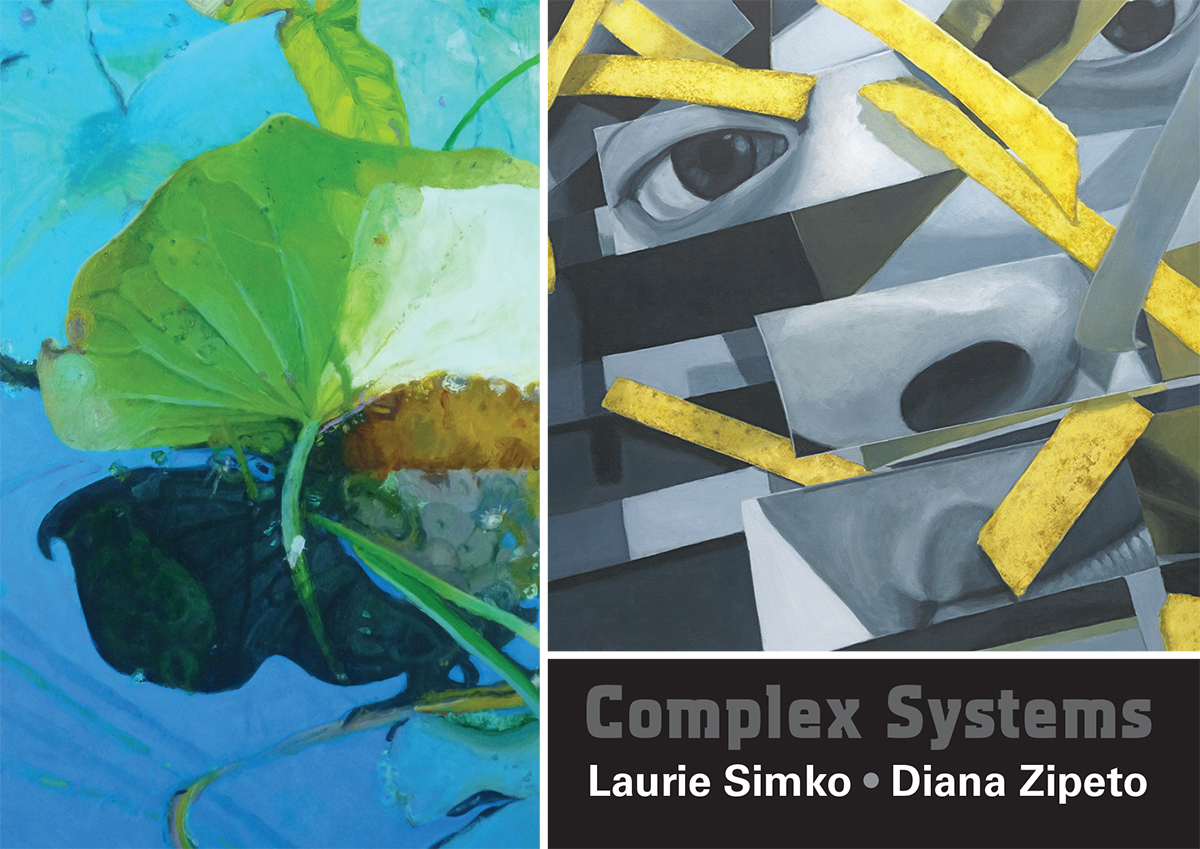 On display through May 6
in the Conant Gallery (entrance on Rt. 40) 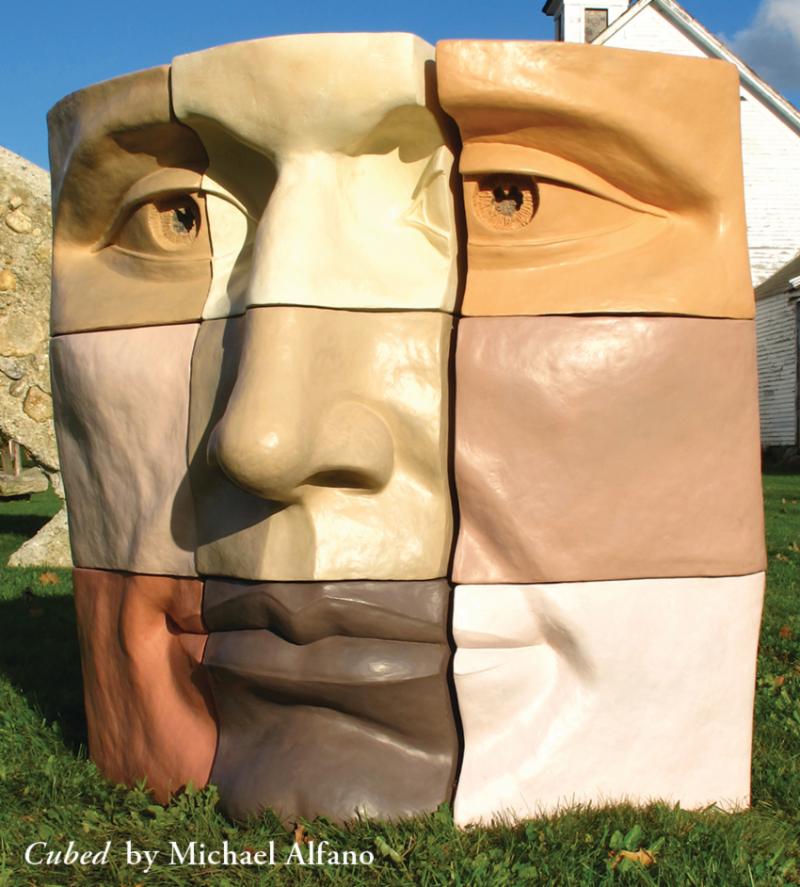 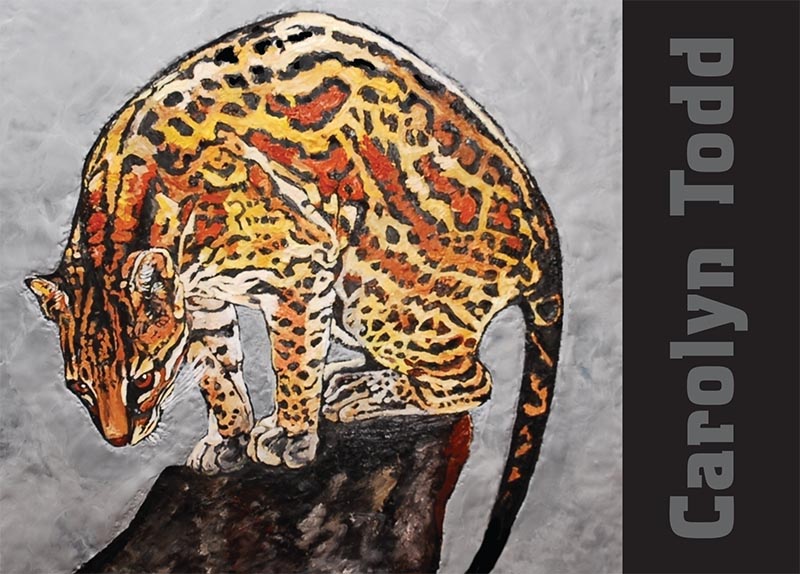 Lawrence Academy welcomes the work of
Carolyn Todd
Southwest by Northeast
Opening
Friday, September 21, 2018, 6:00 - 7:30 PM
Live music and refreshments
On display through December 14,2018 in the Conant Gallery (entrance on Rt. 40) 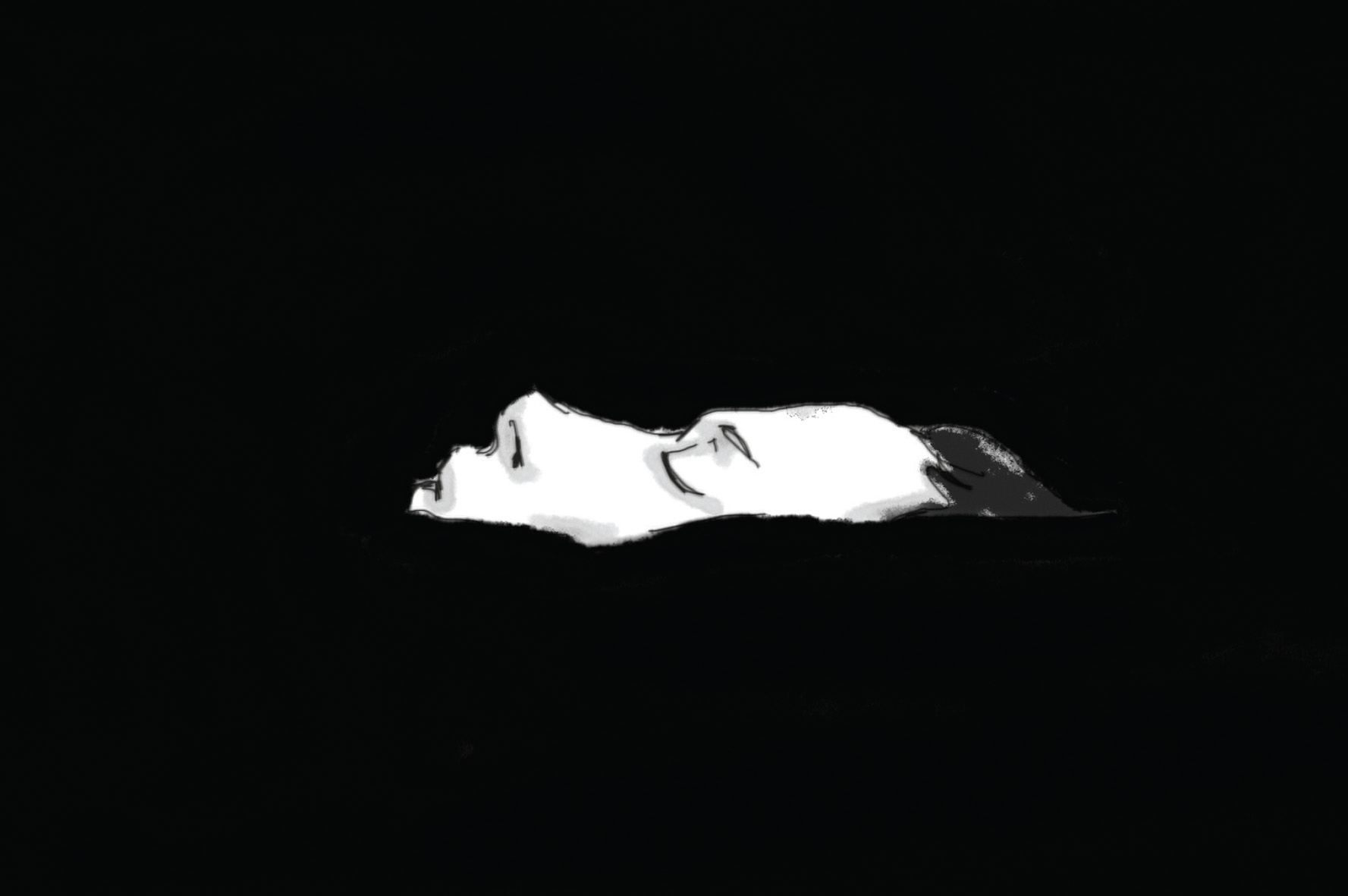 Lawrence Academy welcomes the work of 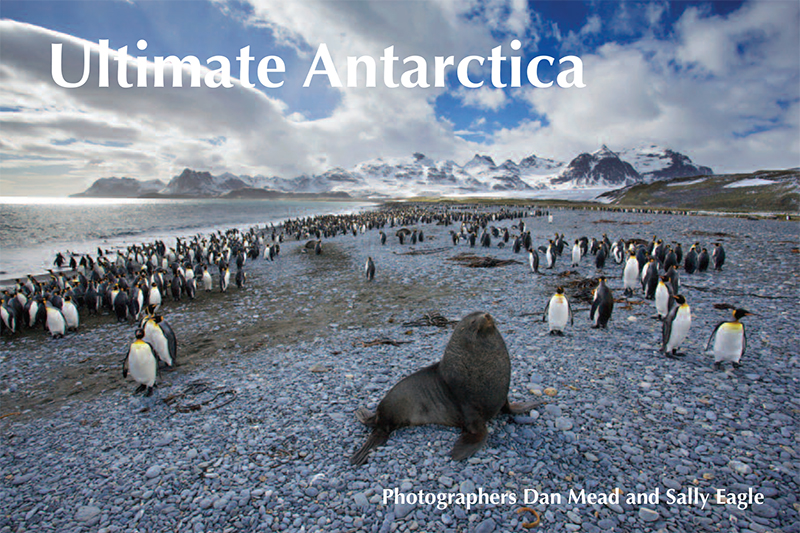 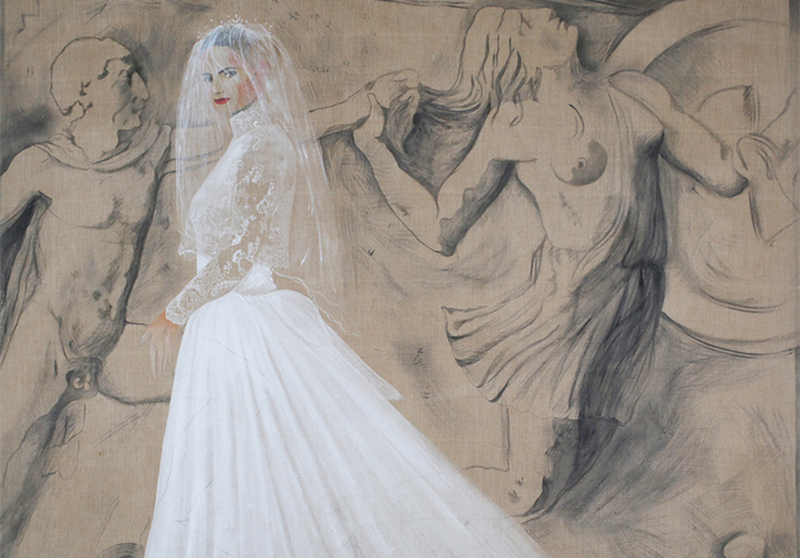 “Why do girls want to get married?” paintings by Janet Hulings Bleicken 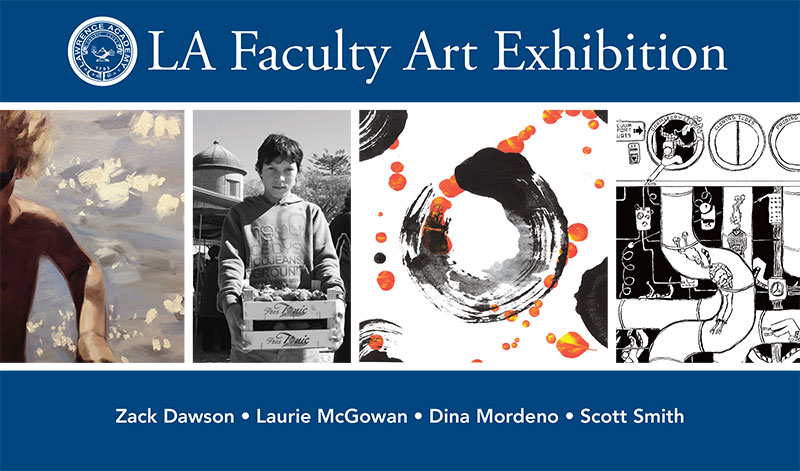 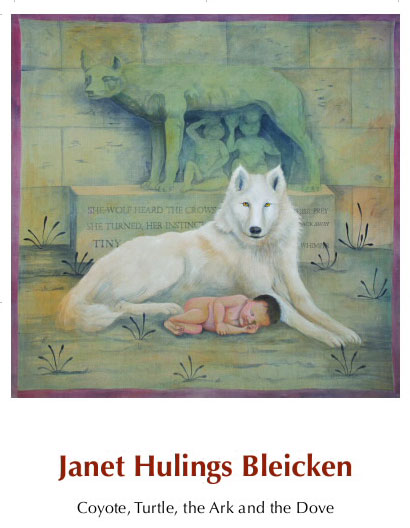 Janet Hulings Bleickman's work finds connections between Native American stories and biblical and ancient myths. Sunday's group will tell stories depicted in the paintings of Janet’s work, on view in the LA exhibition, "Coyote, Turtle, the Ark and the Dove." Lawrence Academy presented the work of New Hampshire-native Janet Hulings Bleicken in an exhibit entitled Coyote, Turtle, the Ark and the Dove. Her work (represented above by Mother and Child, 60" x 60") may be previewed at www.janethulingsbleicken.com. "Bleicken's artworks each start with a story," said Michelle Aldredge in her review. "She has been inspired by religious tales about saints, Native American mythology, and local legends about sheep farmers setting fire to a New Hampshire mountain." The exhibit was on display from January 8, 2016 through February 28, 2016. 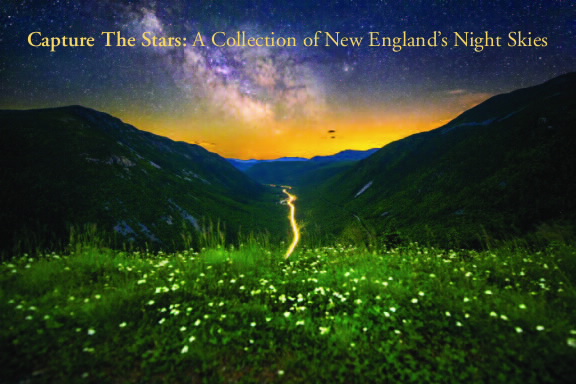 The Conant Gallery presents the work of Christopher Georgia in an exhibit entitled Capture The Stars: A Collection of New England’s Night Skies. Georgia, a New Hampshire-native whose photography has been featured on Space.com, Bing.com, and EarthSky.com, says his “journey into the stars began at a young age with a great fascination of the night skies in the White Mountains.” His work may be previewed at www.CMGFoto.com. The artist will be present for the opening event, which will also feature live music and refreshments. The exhibit is on display from September 18 through December 18, 2015. 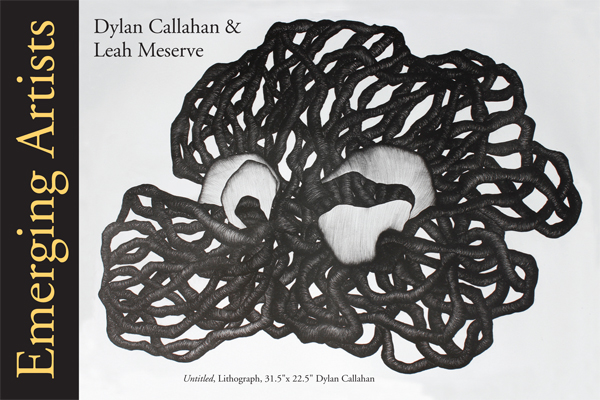 Lawrence Academy presents the work of Dylan Callahan '10 and Leah Meserve. Opening reception Friday, January 9, 2015, from 6:00 to 7:30 p.m. in the Conant Gallery. Dylan Callahan grew up in Concord, Massachusetts, and graduated from Lawrence Academy in 2010. During his time at LA he discovered the arts and pursued them further at Skidmore College, where he majored in studio art and minored in English literature. During his time at Skidmore Dylan also founded the school’s Printmaking Club and concentrated in lithography, earning the Pamela Weidman Award for excellence in printmaking. As the daughter of a diplomat, Leah Meserve grew up between cultures, and graduated from The American School in Japan in 2009. Having developed a passion for art and nature at a young age, she continued her studies at Skidmore College. While there, she majored in drawing and printmaking, and minored in French. In May of 2014, Leah graduated magna cum laude (with all-college honors and honors in studio art) and was a member of the national French Honor Society. Currently, she teaches English in France. 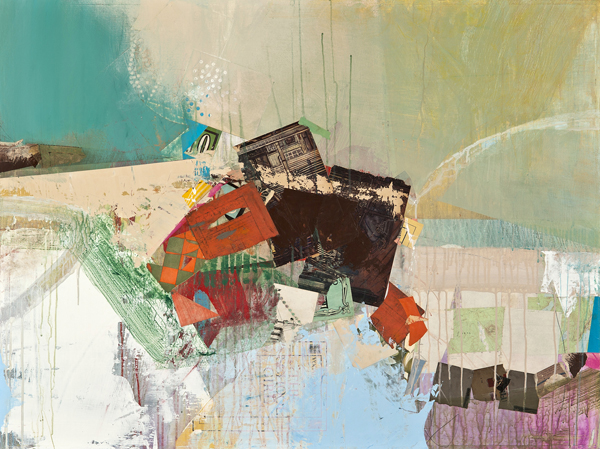 The Conant Gallery presented the work of Carol Gove in an exhibit titled Boundaries Abandoned. Gove’s abstract, mixed-media collages often incorporate pieces of old letters or other memorabilia with the intent, according to her artist’s statement, of giving the viewer “a glimpse of a recognizable fragment or common history so that they may be reminded of their own memories.” Her work may be previewed at www.carolgove.com. The artist will be present for the opening event, which will also feature live music and refreshments. The exhibit was on display from September 19 through December 15, 2014. Gallery hours are Monday through Friday from 9:00 a.m. to 5:00 p.m. and Saturday and Sunday from 1:00 to 4:00 p.m. 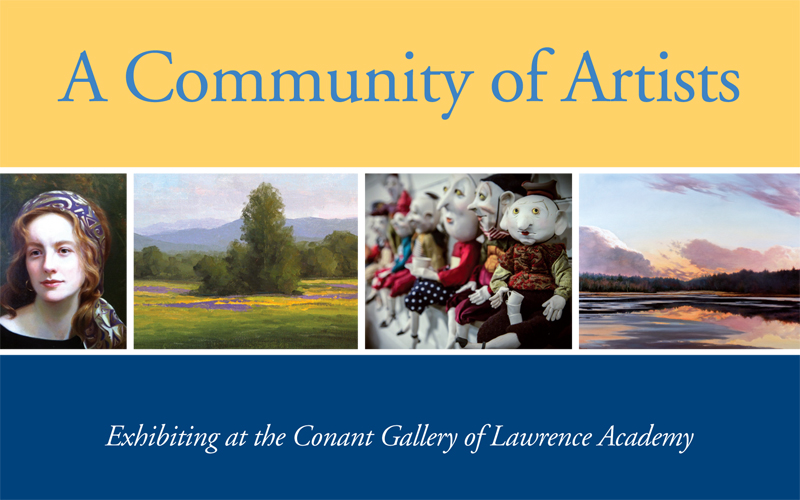 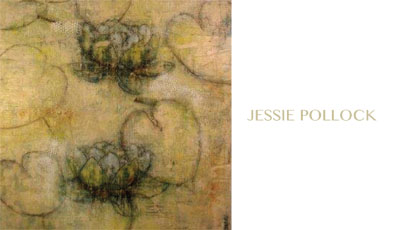 A new art exhibit titled "Sensitive Illusions" opened on Friday, January 10, 2014. Artist Jessie Pollock attended the Pennsylvania Academy of the Fine Arts where she studied sculpture. Her artistic path has moved from sculpture through traditional painting, culminating in the recent encaustic series which combines elements of both disciplines.

Lawrence Academy's Conant Gallery displayed the colorful paintings of Richard Haynes, Jr. beginning with an opening with the artist on Friday, September 27. Mr. Haynes is an African American artist who also serves as Associate Director of Admissions for Diversity at the University of New Hampshire. A strong advocate for social justice, he uses bold colors and faceless figures to present visual stories that both raise awareness and provoke unity. Originally from South Carolina, the artist now resides in Portsmouth, New Hampshire. He served in the Air Force during the Vietnam era and earned an MFA from Pratt Institute in 1979. His work may be previewed at www.haynesimages.com. 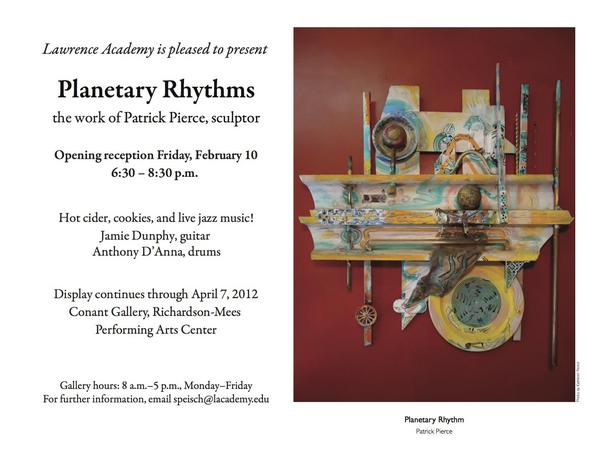 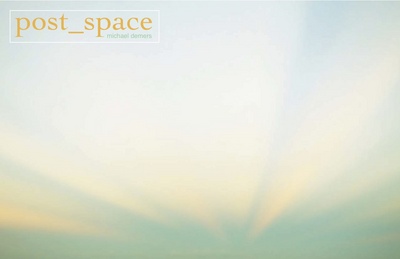 “There is, it seems, just a possibility that a solution to capitalismÊ¼s problem lies in some promised land or other space beyond the horizon.” David Harvey, Spaces of Hope

The concept of space is a slippery fish. As digital technologies continue to erode the boundaries between physical spaces and virtual ones, defining examples of either as separate and autonomous entities is becoming exceedingly difficult. Historically, space in the physical world has been shaped by geography and architecture (or lack there of), as well as the myriad of cultural differences that influence our notion of otherness. On the other hand, the virtual world is still in its infancy, with little or no defining structures or specific points of reference. It is a digital nebula from which new worlds, systems of governance, language and ontologies emerge and disintegrate at fiber optic speed. Although this new space is only a few human generations old it has asserted itself with such vigor that it is now nearly impossible to imagine a world without digital influence as smart phones, Facebook, Twitter, Google, streaming video, digital gaming, etc. have become inextricably entwined with everyday life. As such the idea of space, as a comprehensive concept, now exists in a perpetual state of flux.

Michael Demers alludes to the rapidly evaporating physical/virtual dichotomy with the title for this exhibition, post_space. By way of the title and his selection of works for this exhibition, Demers suggests that we are now living in a post-space era; a time in which the concept of space as we once knew it is being so drastically redefined that a schism has developed between the denotative value of the word “space” and any connotative evocations generated by this new site of exchange. In other words, “space” is simply inadequate for defining the amalgamated realm of the physical and virtual. But, like many artistic or philosophical movements that are defined by associations, similarities, or reactions to their predecessors, the inclusion of the antecedentÊ¼s name is useful: Post-Impressionist, Post-Minimalist, Post-Modern, etc. Therefore, DemersÊ» term “post_space” is effective in drawing upon what space once was without trying to hang a label on what it is becoming. His subtle gesture of using an underscore rather than a hyphen also speaks to the power of digital technology as an instrument of change.

An exhibit of works created between 2006 and 2008 by Joshua Baptista opened on September 18, 2009, in the Conant Gallery in the Richardson-Mees Performing Arts Center. 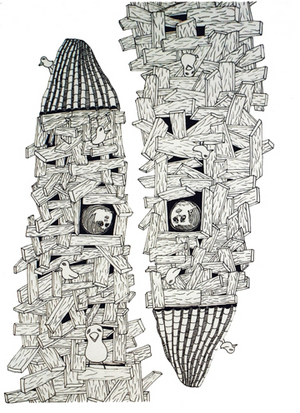 Mr. Baptista attended the Accademia di Belle Arte in Viterbo, Italy, in 1998 before earning a bachelor's degree in art from the Montserrat College of Art. In 2005, he attended the Massachusetts College of Art, and in 2009 he earned a master's of fine arts from American University. He is also a graduate of Stoughton High School.

This year, his work has been exhibited by Enclave Arts and the Katzen Museum, both located in Washington, D.C., as well as RFD Gallery in Swainsboro, Georgia. In 2008, his work appeared in four different shows; seven different publications, including Juxtapose Magazine; and it is included in two permanent collections. Mr. Baptista's work has earned him three different awards, including an Award of Excellence from Montserrat College of Art in 1998.

View some of Mr. Baptista's work online at his own Web site and view photos from his opening at Lawrence Academy.