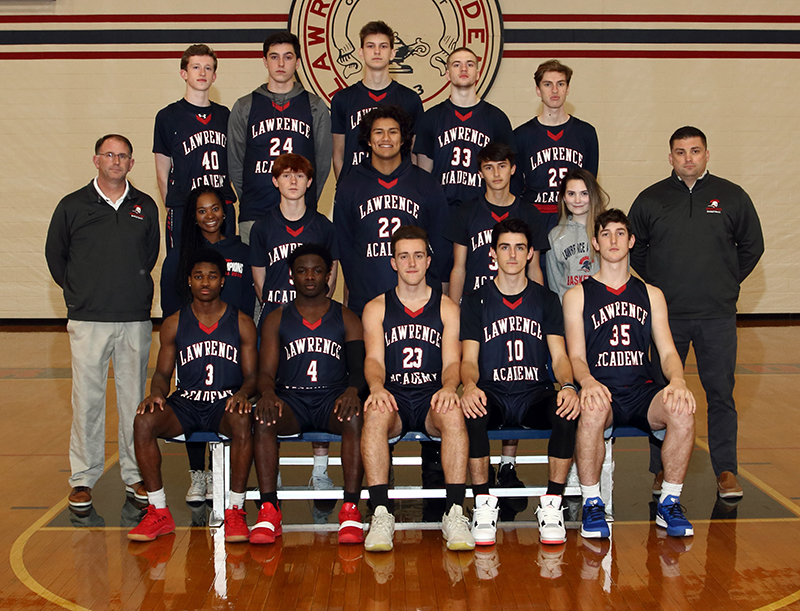 Kevin Wiercinski is currently in his 21st year at Lawrence Academy since being appointed in 1997. He serves as the department chair to the History Department, teaching 10th, 11th, and 12th grade sections.  Courses include Conflict and Change in Society, Honors US History, Taxes and the Economy, Terrorism in the Modern World, and Public Policy and the Environment, a course co-taught with the Science Department.  Kevin, who was awarded the Departmental Chair for Excellence in Teaching in 2003, offers a Winterim experience in sports journalism which he has helped to lead for the last 13 years. He’s the head basketball coach and golf coach, as well.  He returns to the head coaching responsibilities in basketball this year after a successful stint during his first 16 years at LA in which the Spartans amassed 300 wins, 3 New England Championships and 4 ISL titles. Currently in his 9th season as the golf coach, LA has finished in the top 5 3 times as a team and had 2 ISL individual champions. Mr. Wiercinski lives with his wife of 16 years on campus with his three children, Brandon, who is a current ninth grader, Taylor (12) and Audrey (9).

Mike Culley graduated from Le Moyne College in Syracuse, New York, where he earned a bachelorâs degree in history. A four-year varsity scholarship basketball player Â in the competitive Northeast 10 conference, Mike graduated in 2000 and then served two years as the assistant menâs basketball coach at Connecticut College, where he was in charge of strength and conditioning, off-season workouts, recruiting, and scouting. In 2003, Mr. Culley joined the Lawrence Academy community as an assistant coach of the girlsâ varsity basketball team. He began teaching at LA in the fall of 2004 and took over as the head girlsâ varsity basketball coach, serving in that position for three years. Mr. Culley, who teaches in the CSC program, now coaches JV boysâ basketball and is the assistant varsity baseball coach. He lives on campus and serves as a superaffiliate in Dr. Green dormitory.