"To set the cause above renown, To love the game beyond the prize..." 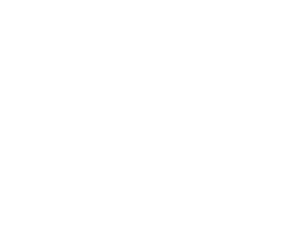 Born and raised in the Boston area, Nathaniel Cabot boarded four years at Westtown School near Philadelphia, Pennsylvania, and then went on to major in cultural anthropology and Hispanic studies at Connecticut College. Nate began teaching Spanish 15 years ago in urban public schools. His first year was in the Crown Heights neighborhood of Brooklyn, New York, at the middle school level. Over several summers and a year in Spain, Nate completed his masterâs degree in Spanish from Middlebury College. Upon his return, he taught several years in Brookline, Massachusetts, before leaving his Somerville home for Fort Greene, Brooklyn, where he piloted a seventh-grade program for beginning world-language learners. For the four years before he joined the LA faculty in 2010, Nate was with The Brooklyn Latin School. As a founding faculty member, he created and implemented curriculum that included material for the school's International Baccalaureate program. Nate studied in Ecuador while an undergraduate and has traveled extensively throughout Latin America and the world. One highlight of his travels is the morning he awoke in Nepal while on a trek and gazed up to be dwarfed by the snowy, craggy, nearly 25,000-foot peak of Mt. Annapurna III. Mr. Cabotâs love of music extends to choral and a cappella voice work and other interests include filmmaking, theatre, and running. Nate, his wife, Sally, and their young sons Marcus and Owen live on campus.

Mark Mucha was born and raised in the small town of Oakham, Massachusetts. After attending Quabbin Regional High School, Mark matriculated at Skidmore College, where he earned a bachelorâs degree with a double major in classics and anthropology. He began teaching Latin in 2001, and he taught for seven years in charter schools, where he became certified to teach Latin and Theory of Knowledge to students enrolled in International Baccalaureate programs. During two of those years, he attended Tufts University, receiving an masterâs degree in classics in 2008. Mark then moved on to the Brooks School, teaching in the classics department, before coming to Lawrence Academy in August 2010. Mr. Mucha loves to read, play guitar, and travel, especially to Europe. As a trained archaeologist, he has worked on archaeological digs at Caesarea, in Israel, as well as Corinth, Greece, and on the battlefields of Saratoga Springs, New York. Mark lives in Pillsbury House with his wife, Lynn, and their cat Misha.