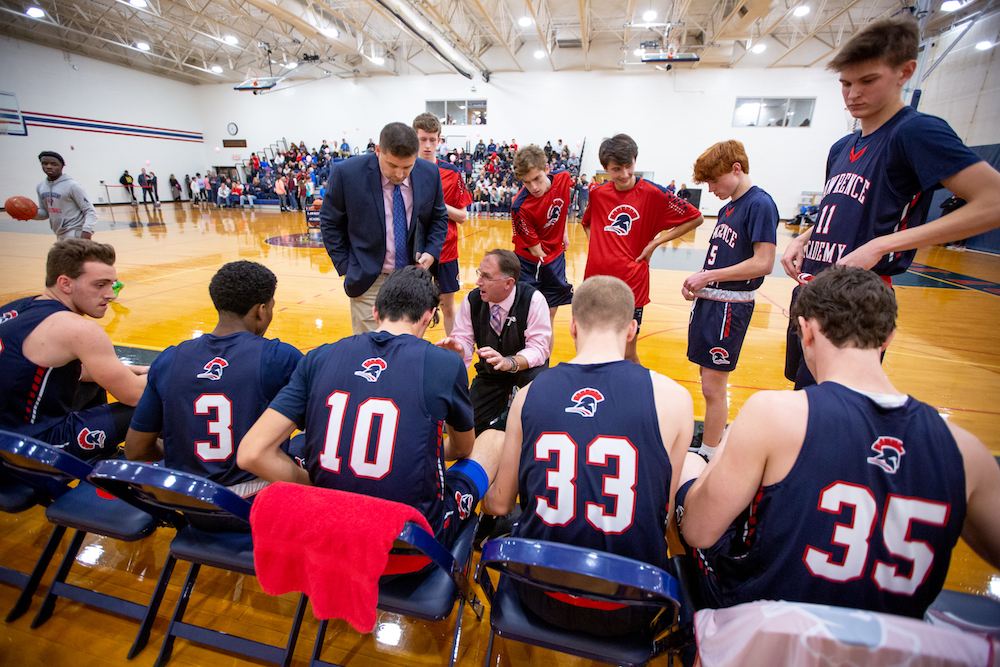 Lawrence Academy values the team experience: being part of something bigger than yourself, part of a cohesive group working toward a common goal. Sports teach teamwork, of course, but also how to handle and overcome adversity, and how to deal with failure and learn from mistakes.

Lawrence Academy’s athletics program is deep, broad, and inclusive. We field varsity, junior varsity, and thirds teams, so whether student-athletes are looking to compete intensely in their favorite sport or brand out and try a sport that's entirely new, there'll be a sport for them. Students interested in being part of a team, but not necessarily interested in playing, can take on the role of team manager/scorekeeper.

Just as Lawrence Academy’s classroom teachers do, our coaches train, motivate and guide their players to an understanding of the importance of investing energy in the little things in order to build off their own work and that of their teammates. And the student-led Spartan Nation encourages the rest of the Lawrence Academy community to turn out and cheer on LA’s student-athletes. Not only does their support create an electric atmosphere, but it also fosters school spirit, even outside of athletics.